Sustained exhaustion is not a rite of passage. It’s a mark of stupidity. 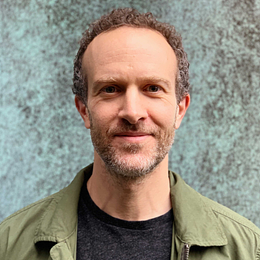 Whenever I speak at a conference, I try to catch a few of the other presentations. I tend to stand in the back and listen, observe, and get a general sense of the room.

Lately, I’ve been hearing something that disturbs me. A lot of entrepreneurs onstage have been bragging about not sleeping, telling their audiences about their 16-hour days, and making it sound like hustle-at-all-costs is the way ahead. Rest be damned, they say — there’s an endless amount of work to do.

I think this message is one of the most harmful in all of business. Sustained exhaustion is not a rite of passage. It’s a mark of stupidity. Literally. Scientists have suggested that scores on IQ tests decline on each successive day you sleep less than you naturally would. It doesn’t take long before the difference is telling.

People pulling 16-hour days on a regular basis are exhausted. They’re just too tired to notice that their work has suffered because of it.

And there’s more to not getting enough sleep than compromising your own health and creativity. It affects the people around you. When you’re short on sleep, you’re short on patience. You’re ruder to people, less tolerant, less understanding. It’s harder to relate and to pay attention for sustained periods of time.

Sleep-deprived managers are terrible managers, too, not least because of the awful example they set. Why spend the time and money to recruit a brilliant staff if you’re going to drive everyone into a state of insensibility?

If the point of working long hours is to get more work done, and you care about the quality of your work, how can you justify sustained lack of sleep? The only people who try to do so are tired and not thinking straight.

One argument I hear a lot about working long hours is that when you’re just getting started, you have to give it everything you’ve got. I understand that feeling. And there’s certainly some truth to it.

But here’s what I see happen over and over: People don’t stop working that way. We’re creatures of habit. The things you do when you start doing something tend to be the things you continue to do. If you work long hours at the beginning, and that’s all you know, you can easily condition yourself to think this is the only way to operate. I’ve seen so many entrepreneurs burn out following this pattern.

So it’s important — especially when you’re forming your habits — to get a ton of sleep. You’ll start better, think better, and be a better colleague and boss. Sleep is great for creativity. Sleep is great for problem solving. Aren’t these the things you want more of, not less of, at work?

Your brain is still active at night. It works through matters you can’t address during the day. Don’t you want to wake up with new solutions in your head rather than bags under your eyes?

Yes, sometimes emergencies require extra hours. And, yes, sometimes deadlines can’t be moved and you’ll need to make an extra push at the end. That happens. And that’s OK, because the exhaustion is not sustained; it’s temporary. Such cases should be the exception, not the rule.

In the long run, work is not more important than sleep. If you aren’t sure how important sleep is, think about this: You’ll die faster without sleep than you will without food.

And, on balance, very few problems need to be solved at the 12th, 13th, 14th, or 15th hour of a workday. Nearly everything can wait until morning.

If you want to find more balance at work, see what’s possible with the all new Basecamp. Get started in 30 seconds (no credit card required):